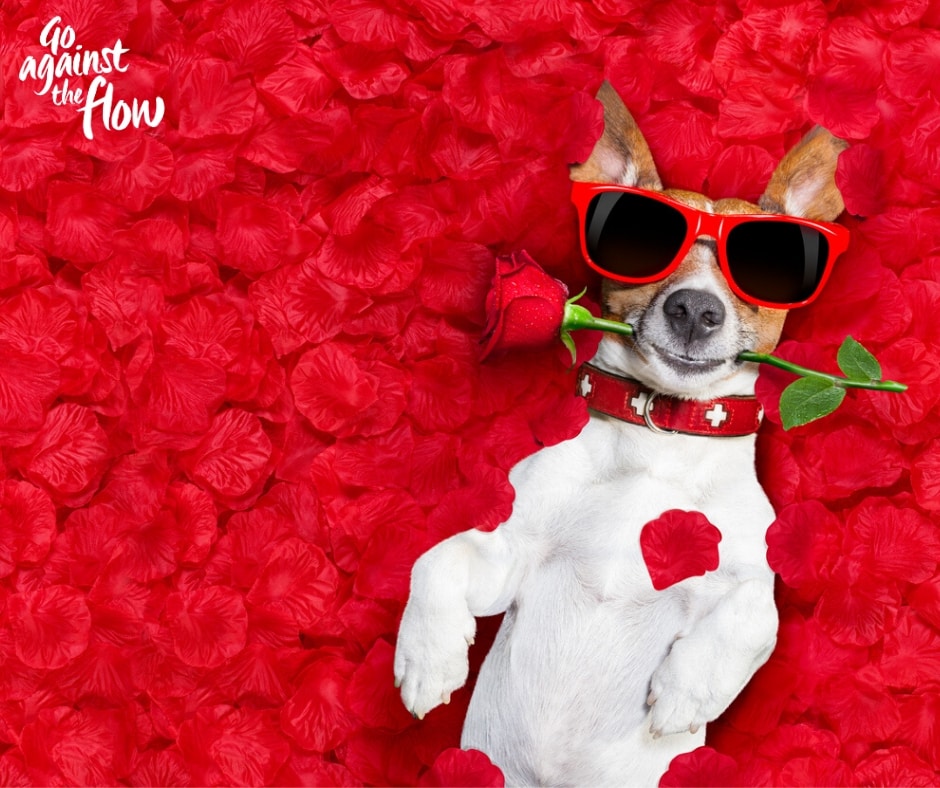 10 reasons why it’s the best day of the year!

But what most of us don’t realise is that when you really think about it, when you get down to the nitty gritty of what happens, actually Valentines for singles can be one of the best days of the year!

Don’t believe it? Here’s our ten top reasons why you should look forward to Valentine’s Day as a single.

Have you ever been with a new guy or girl, and it’s a new thing, like you’ve hooked up at a party a few times, maybe held hands walking along the street, but you’re not sure what it is yet. Like maybe he or she doesn’t actually want to go out with you, or maybe you’re already going out, you just don’t know. Are they allowed to hook up with other people? Are you? Are you supposed to be jealous?

When you’re at this stage, Valentines is THE WORST! First of all, you don’t know if you should expect Valentine’s Day to be a single or double thing. Will you be asked out to do something? Should you ask? Secondly, are you supposed to get a gift? If so, what symbolises a few good months of hand holding or pashing?

Being single is soooooo much easier! At least you know what’s actually happening on Valentine’s!

If you’re single… the only person you have to spend your hard-earned cash on is you!

One of the worst thing on Valentine’s Day is how boring the standard stuff is, because you can’t really mix it up until you know each other a lot better (and don’t really care how garlicky the other person’s breath is!). What we’re talking about here is having to sit through crappy romance movies because that’s the go-to for Valentine’s (instead of the new horror or action movie), and avoiding good stuff like Indian food because you want a pash at the end of the date!

Single? Grab yourself some curry and a horror flick and get comfy!

One of the toughest things about your first boyfriend or girlfriend is they often want to spend so much time with you that your friends might miss out a bit… and seeing them less may mean you’re not as close to them.

Use Valentine’s Day to celebrate how much you love your friends… who you still hang out with all the time!

Ugh. Going on a date. Washing your hair, shaving your legs, plucking and shaping and colouring your eye brows, caking makeup on that giant pimple that just had to pop up today. Valentine’s dates are usually special, not casual, and require work and prep… or you could just hang at home in your PJ’s, combing your hairy legs!

Oh. My. God. That time that it was Valentine’s Day and he went in to kiss you and you closed your eyes and went in for the pash and you both turned your head the same way and your teeth scraped and you bit your tongue and… disaster! A Valentine’s date, especially early in the relationship, can mean all kinds of anxiety at the end of the night when you don’t know whether you’re supposed to go in for a kiss or not!

Not everyone is into romance. And just because you’re a girl doesn’t mean you HAVE to like that stuff. But on Valentines, the world is full of romance. SO much of it. Everywhere. And if you’re not the type, but you’ve just started dating, chances are you’re not going to be able to avoid some flowers, soft music or staring out dreamily over city views or the beach!

Everyone knows while Valentine’s Day may have had honest beginnings, it’s anything but genuine now, with big businesses profiting from flowers and cards and chocolates as well as really expensive jewellery. Sometimes the best thing about being single is just that you’re not getting caught up in something that’s so pretend. Along the same lines, not making time to celebrate your other half any other day but the one that you’re told to might not really show how much you care.

Seriously, we could go on forever with reasons why Valentine’s Day for singles is MUCH better than Valentine’s Day for couples. The freedom, lack of expectation, the chance to just be yourself… so instead of dreading the 14th, start planning and looking forward to a day when being single rocks!