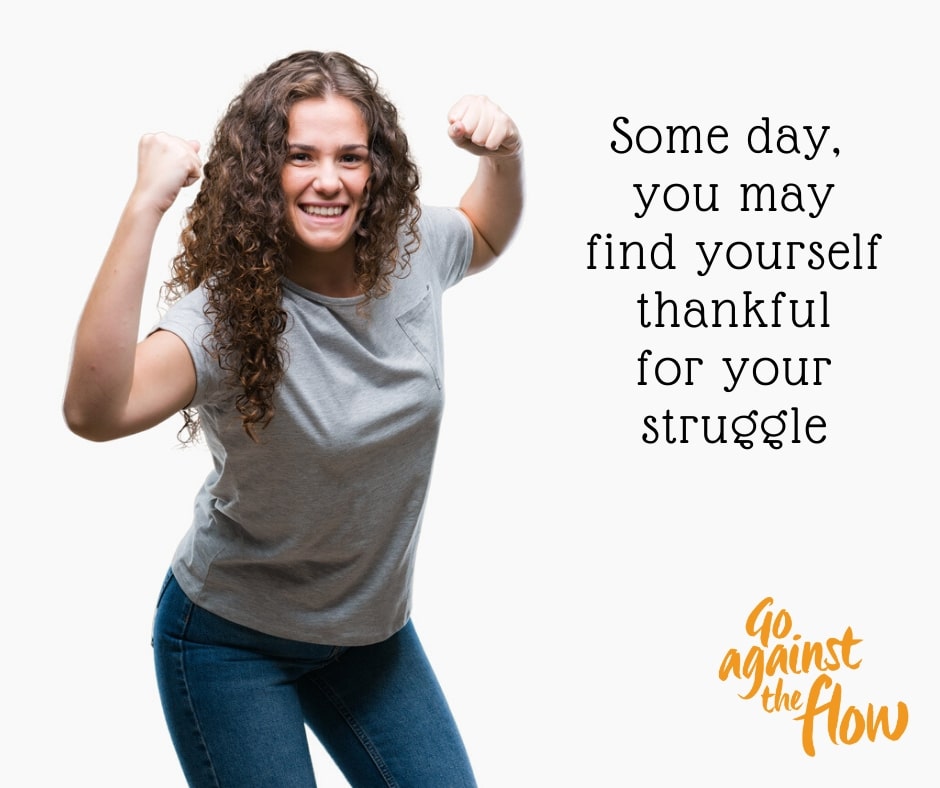 At Go Against the Flow, we are often trying to tackle the taboos that surround ‘incontinence’. We want girls (and everyone else) to understand that uncomfortable bladder leaks are more common than you’d expect. Only by preaching this, day-in, day-out, will people understand that it’s nothing to be ashamed of! In fact, if bladder leakage remains a taboo, there are a lot of people, young and old alike, who will deal with this discomfort for years without seeking help. People will be too shy to talk about it, and because of that, never learn how to fix it.

Of course, leaky bladders isn’t the only taboo topic around. Anything downstairs like periods or discharge or even sex kind of have a ‘don’t ask, don’t tell’ policy. Well screw that! We want girls to talk about the taboo things and to challenge the norms and expectations of society. So you can only imagine our joy when we discovered this badass taboo-warrior: Justice King.

In her young teen life, Justice had the difficult experience of living with a mental health issue and learning first-hand of the taboos that surround mental health. During these trying times, she was often fed lines with the message to ‘toughen up’ or that ‘it’ll pass’. If you, or even someone close to you, has dealt with mental health issues, you probably understand those comments aren’t even the slightest bit helpful. In fact, for Justice (and probably many others in her position), it felt extremely isolating. And not in a stereotypical misunderstood teen way. Justice felt like she wasn’t supposed to talk about what was going on or how she felt.

Thankfully, with the love and support of her family, Justice was able to turn a scary situation into an incredible solution. At a mere 14-years-old, Justice came to the realisation that we need to talk about these taboo things, otherwise no one is going to benefit or grow.

Our badass Aussie, Justice, took no time at all to leap to action. She began running local campaigns (yes, running them ㄧ we told you she was a badass) to promote suicide awareness in her hometown in Queensland. From there, Justice became the junior deputy mayor of her youth city council, coordinating a team of young people who also want to make a difference in the lives of others.

When Justice realised she was actually improving the wellbeing of her community members, she decided to dream a little bigger. She decided to embark on another mental health awareness campaign. Understanding that everything starts from a conversation, Justice and a team at her local Headspace centre used this idea to build a campaign based around storytelling. This team had one goal in mind: get young people to talk about mental health! The team made short videos and premiered them during Mental Health week. Though it’s not easy, sharing stories of any hardship, especially when it comes to mental health, it is empowering to those experiencing the feelings themselves. The power of storytelling is fierce!

Justice has just barely hit 20 years of age and has already ran three successful mental health campaigns. Rumour has it that she wants to expand on the storytelling workshop by creating more short films. The focus will be on young, successful, and inspirational stories from people within her community. If YOU would like to get involved with this project either by volunteering or by sharing your personal story, check out Raise Your Cards on Facebook or use the #RaiseYourCards tag.

In addition to her successful campaigns, Justice has also received recognition and awards for her work and her story. In 2014, she won the Heywire competition by sharing a story of her background, her hardship, and how it made her the person she is today. ABC’s Heywire competition looks for young Australians, aged 16–22, who shape their communities in rural or regional Australia. This competition aims to shed light on issues young people are facing and what solutions or action they believe should be taken.

A year later, in 2015, Justice was a Queensland finalist for Young Australian of the Year as well as a finalist for the National Human Rights Medal. Her work with the stigmas surrounding mental health began gaining national recognition!

Justice King has made an impact on the lives of many young people facing mental health issues. She’s shouted and preached that because you have depression, you’re not always or ‘just’ sad.

If you have bipolar disorder, you’re not switching from happy and sad like a lightswitch.

If you have schizophrenia, you’re not some wild maniac.

Justice has told her peers and community that if you’re not OK, that’s OK. She took a taboo subject and empowered those affected, by asking them to speak up and share their stories! Some topics are just plain hard to talk about. But when you start the conversation, it’s amazing to see the difference you can make.

Do you know someone struggling with mental health issues? We challenge you to reach out to them and ask for their story. Start a conversation with them. You may learn something.

If you feel you aren’t yet able to have a conversation about mental health issues, or if you need someone to talk to yourself, there are other places to start. Headspace, Lifeline (13 11 14), Reachout, and Beyond Blue are all good places to start.

Let’s get talking so the stigmas end here.